The Tanzanian government approves only a small number of adoptive families for international adoption. This is a niche group possessing a specific background illustrating close and continuing ties with the country and culture, most often being individuals that originate themselves from Tanzania. A Family in Bloom Adoption became involved with adoptions from this East African nation to assist appropriate family situations of this type. 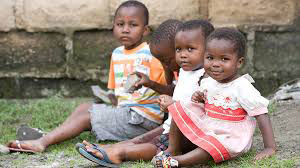 The main target group that our agency believes can be successfully represented for international adoptions from Tanzania consist of two groups:

Our agency is not working with any particular orphanage in Tanzania for matching and placement purposes.

A Family in Bloom Adoption’s foreign supervisor provider attorney will be involved with the adoption process abroad. This includes a review of any pre-existing paperwork on a designated adoption case. The foreign attorney presents the adoption case to the District’s Social Welfare Office and the Tanzanian High Court. 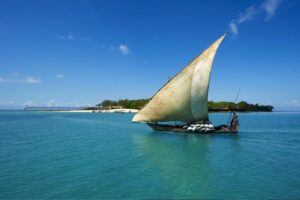 All adoptions are finalized abroad for incoming cases to the US. The US Embassy in Dar es Salaam has the final adjudication and issuance of adopted child visas.

The next segment, below, follows verbatim the regulations posted on the US State Department’s Intercountry webpage about the international requirements for adoption from Tanzania:

In addition to being found suitable and eligible to adopt by USCIS, prospective adoptive parents seeking to adopt a child from Tanzania must meet the following requirements.

There can be no keener revelation of a society’s soul than the way in which it treats its children.
— Nelson Mandela

In Tanzania are found the earliest remains of our ancient hominid ancestors. During the Stone and Bronze age period, waves of human migrations crisscrossed the region. Starting during the Medieval days, the coastal area along the Indian Ocean saw the inception of Islam. Great wealth predicated from extensive maritime commerce, centering around the kingdom of Zanzibar. The colonial period began under the Germans in the late 19th century; they were in turn supplanted by the British Empire in 1919 after Germany’s defeat in the First World War. Great Britain would influence the country’s development and culture until Tanzanian independence in 1961 under populist leader Julius Nyerere. He would remain as one of the continent’s longest reigning Prime Ministers, with his tenure lasting until 1985.

A highly biodiverse landscape can be explored in the varied terrain, from luxuriant forest cover to mountainous regions and littoral shoreline. Large nature reserves, many famous the world over, are associated with specific wildlife species, as Tarangire National Park is for the majestic elephant families, alkaline Lake Manyara for its paradisiacal salmon hued flamingos, and Ngorongoro Crater for its densely populated lions. These and other parks entice a steady stream of tourists to the country, eager to partake in Tanzania’s richly saturated and colorful wildlife experience.