With another successful adoption from Iran to the United States in 2022, A Family in Bloom Adoption will be accepting a select number of adoptive families to our agency’s program. Adoptions from Iran are a complex matter, even more so given the politically taught relationship between the two countries.

Our agency has found the international adoption process from Iran to be well founded and managed by the Iranian Adoption Authority in certain provinces. Extra time and efforts, involving additional communications and requests, are often needed to obtain the breadth and quality of child documentation from abroad to meet stringent US government requirements. 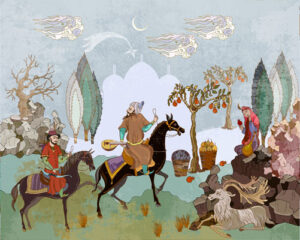 A Family in Bloom Adoptions works with placements from orphanages supervised by Behzisti, Iran’s Welfare Organization. Management is handled at the provincial level, but overseen at the National level.

Our agency does not work with privately arranged adoptions between parties, which includes pregnant birthmothers identified by prospective adoptive parents. Concerns about child trafficking add to the importance of accountability and legitimacy.

Given the lack of a physical US Embassy in Iran for decades, our adoptive families have been conducting the exit interviews at the US Embassy in Ankara, Turkey.

Traditionally, we have sent the post-adoption reports directly to the Iranian authorities. This can be up to four reports, at equal intervals over a two-year period. 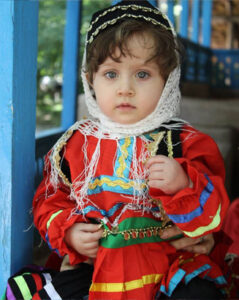 The main target group is:

Below are the regulations posted on the US State Department’s Intercountry webpage about the international requirements for adoption from Iran:

In addition to U.S. immigration requirements, you must also meet the following requirements in order to adopt a child from Iran:

Iranian law allows a regional Family Affairs Branch Committee to waive requirements such as residency or age under exceptional circumstances.

Who Can Be Adopted

Iran has specific requirements that a child must meet in order to be eligible for legal guardianship (and adoption, sic agency):

Under the sky, under the heavens, there is but one family.
— Bruce Lee

Iran is home to one of the world’s oldest civilizations, first the highly developed Persian Empire and later under the Hellenistic influence. Consequently, archaeological and historical locations abound, as illustrated in the 26 UNESCO World Heritage sites. In the 7th seventh century A.D., Arabic Muslims conquered the region. The Islamic faith has remained the predominant religion of the Shiite variation. Geopolitically, Iran occupies a strategic location in Central Asia. The country’s extensive oil reserves have been the basis for economic clout. In this pluralistic society, there is a rich cultural backdrop of music, advanced handcrafts, and literature, particularly poetry should be mentioned. International sanctions and internal economic conditions have led to financial pressures on a segment of the population. One manifestation of international sanctions and internal economic conditions can affect the standard of living for a vulnerable segment of a country’s population. For all international adoption situations, children available for adoption will benefit from placement with their extended kin or other loving, permanent families.