All adoptions in Nicaragua are authorized by the Ministry of Family Affairs (Mi Familia) who have oversight of the process. The Nicaraguan Adoption Authority approves US families for adoption. Children, whose social and medical backgrounds have been investigated by Mi Familia social workers, are placed from public orphanages.

The current political climate in Nicaragua has caused a slowdown in international adoption process. New procedures being evaluated by the Nicaragua Adoption Authority were put on hold during this time. 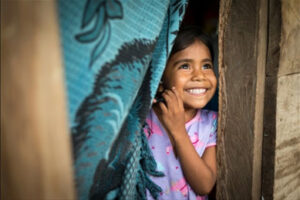 The children available for adoption range in age from one year to their early teens. Families who are seeking to adopt the youngest age range from 0 to 5 years will be considered if they are open to adopting a child with special needs, which are usually minor and correctable issues. Families are encouraged to apply if they are interested in adopting children of elementary school age and above, 6 and over. There are many sibling pairs available for adoption in Nicaragua. Waiting times for a match for families that are interested in adopting siblings groupings of two or more children simultaneously may be shorter. 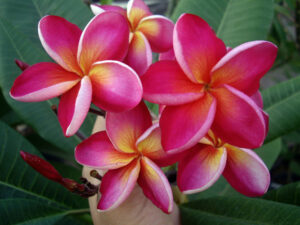 A Family in Bloom Adoption works closely with an experienced Nicaraguan adoption attorney who prepares the legal paperwork and interfaces with the Ministry of Family Affairs. When a family is home study ready, our agency sends the dossier on to Nicaragua and handles the submission of the I-600A US Immigration paperwork. All dossier documents are certified and translated into Spanish by our agency staff person.

Under Nicaraguan law, the adaptation and bonding of the child to the new adoptive family shall occur abroad. Families should expect to spend three months or more living in Nicaragua. If needed, A Family in Bloom Adoption has an in-country bilingual staff person available to assist families during their stay abroad with a variety of support and translation services. Initially, the adoptive parents will visit the child in the orphanage before moving into their own accommodations with their matched child(ren). Nicaraguan social services then make an assessment and recommendation for the adoption to proceed in the court system.

Nicaraguan adoptions are finalized abroad and children become American citizens upon their arrival in the United States. Post-placement reports are required by the Nicaraguan government once a year until a child reaches legal age.

The total costs for the International Program Fees are $13,000, exclusive the home study and post-placement work which will vary depending on the state in which one resides.

Not flesh of my flesh,
Nor bone of my bone,
But still miraculously my own.
Never forget for a single minute,
You didn’t grow under my heart,
But in it.
— Fleur Conkling Heyliger 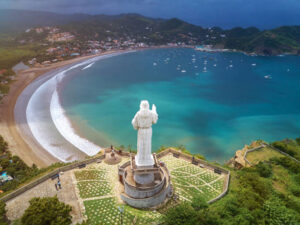 Aptly named, Nicaragua means “surrounded by water” in the Nahuan language indigenous to Mesoamerica. A slender finger of land that literally separates the Atlantic and the Pacific oceans, Nicaragua is also filled with water from within: witness Lake Managua and Lake Nicaragua. Nature abounds from the flybys of mountain parrots, jabbering monkeys to butterflies every color of the rainbow. There are mass beach nestlings of giant sea turtles at the time of the crescent moon. The terrain itself varies from towering cloud-covered volcanoes, jungles to the tranquility of sea-side hamlets.

The capital, sprawling city of Managua is where nearly a third of the country’s population of 6 million live. The Nicaraguan people are strongly family and community oriented. Unlike some of its neighboring Central American neighbors, Nicaragua is relatively free of violent crime. The country has been recovering from the devastation of wars in the 1980’s. 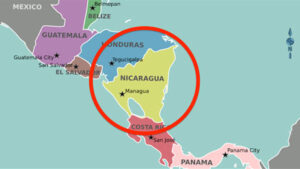 A Family in Bloom Adoption is one of only a few American agencies with an adoption program in Nicaragua. Coincidentally, Boulder, Colorado, where our agency is based, has a sister city of Jalapa in Nicaragua where many humanitarian aid projects are occurring, see www.boulderjalapa.org. Another new and local noteworthy group is Project Lumina, based out of Denver, which aims to increase self esteem and leadership skills for youth via service trips to Nicaragua. Jane Mirandette from Loveland, CO, co-owner of the hotel Villa Isabella in the southwestern coastal town of San Juan del Sur, started the first lending library program in Nicaragua 2001, see www.librariesforall.org.