A small number of international adoptions occur each year from Saint Vincent and the Grenadines to the United States. International adoptions from this island nation are most appropriate for kinship adoption cases, and only if the adopted child’s background will meet the US Immigration requirements for orphan status.

The Adoption Board is the country’s adoption authority. A US Hague agency will have a licensed foreign supervised provider attorney in order to handle the presentation of the legal case before the courts and Adoption Board. A Family in Bloom Adoption has an experienced attorney who is well-versed in both Saint Vincent and the Grenadines’ laws and has higher education in the legal field from the United States. In order to initiate the adoption case abroad, the foreign provider attorney will present an adoptive family’s application paperwork and supporting documents directly to social services and the Adoption Board for consideration. 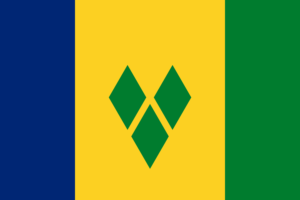 It is possible to have a non-kinship adoption case from Saint Vincent and the Grenadines, which would be children that are wards of the government. These are not necessarily easily achieved however and could involve quite lengthy waiting times of several years for a match and placement. Private arrangements made between adoptive parents and non-relatives for a child placement can run afoul of unauthorized transfer issues with US immigration, even if they are later legitimatized with support from the foreign government.

Adoptions from St. Vincent and the Grenadines are usually finalized abroad. This would be the pathway our agency would prioritize in pursuing international adoption from the country, as opposed to the more rarely implemented guardianship arrangement.

The Regional US Embassy responsible for international adoptions from the southeastern Caribbean is the US Embassy in Bridgetown, Barbados. While there are no post-adoption foreign country requirements from Saint Vincent and the Grenadines, A Family in Bloom Adoption requires a minimum of two home visits and reports within the first six months or the guidelines from the US State of residency for the adoptive parents, whichever is greater. 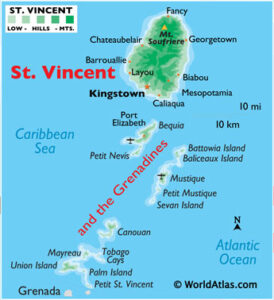 The eligibility requirements or preferences for prioritization from Saint Vincent and the Grenadines for adoptive parents involves:

A Family in Bloom Adoption believes the best fit for international adoption from Saint Vincent and the Grenadines will be:

Start children on the way they should go, and even when they are old and will not turn from it.
— Proverbs 22:6

About Saint Vincent and the Grenadines

This island nation is part of the Lesser Antilles group, in the southeastern portion of the Caribbean Sea abutting the Atlantic Ocean. The largest and main island is Saint Vincent, where the capital of Kingston is situated; the northern Grenadines consist of a chain of 32 smaller islands, a number of which remain uninhabited. 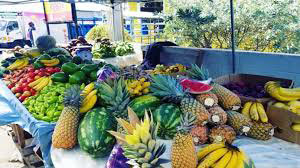 Christopher Columbus was the first European to arrive at these shores, which he found inhabited by the Kalinago people. Their own name for the beautiful homeland was Youloumain, to connote the Spirit of the Rainbows. One would like to believe that the sweet drink mixer called grenadine is from the island, but actually the name harks back to a diminutive of Granada in Spain.

The French colonized the islands of this region, but were driven out by the British by 1763 after a protracted war. The British conductivity and cultural influences would remain in the country, even after Saint Vincent and the Grenadines’ official independence in 1979. The country is a parliamentary democracy and the titular head of state is Queen Elizabeth under the constitutional monarchy.

Agricultural products, the fishing industry, and tourism are key elements of the country’s economy. There is much natural beauty on these islands, that are comparatively sparsely populated. Marine life abounds in the shallow coastal waters, such as lobster, conch, turtles, varieties of fish, and whales can also be sighted. In the other element of the air, avian life is splendorous across the color spectrum. The oldest Botanical Gardens in the Western Hemisphere is to be found in Kingston; it is one of the country’s top attractions, renowned for its beautiful plants. La Soufriere is an active volcano that has erupted multiple times in the last centuries, including most recently in 2021, causing mass evacuations.