A small number of adoptions occur each year from Trinidad and Tobago to the United States. International adoptions from this island nation are most appropriate for kinship adoption cases, where the adopted child’s background will meet the US Immigration requirements for orphan status.

The Adoption Board is the country’s adoption authority. A US Hague agency will have a licensed foreign supervised provider attorney. The government of Trinidad and Tobago, colloquially known as T & T, reshaped their social service programs in 2015, including that of international adoptions. All international adoptions are presently handled by The Children’s Authority of Trinidad and Tobago, instead of the previous Adoption Board. 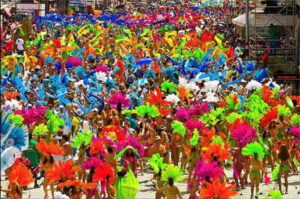 Applications are made directly by the prospective adoptive parents to The Children’s Authority. Their Department estimates that kinship adoption cases will be initiated for active status about eight months after a family application is received; non-kinship cases for placements from orphanages are more likely to be at least a year’s wait time. Citizens of Trinidad and Tobago or those individuals with heritage from the country will be prioritized for international adoptions.

The management and assessments for the child’s adoption case will be completed solely by The Children’s Authority. However, the services of a local attorney are needed for the basic legal work to bring the adoption case for finalization in front of the foreign court.

The Children’s Authority is supportive of adoption cases based on familial ties. This remains the predominant type of international adoption between the US and Trinidad and Tobago.

Adoptive placements from children’s homes in Trinidad and Tobago are theoretically possible, but there is no basis for experience in this realm yet from The Children’s Authority. Non-kinship cases would require an extensive in country stay of six months for bonding and supervision of the placement abroad. This would make it possible only for families with much flexibility with their work and lifestyle to relocate to Trinidad and Tobago for at least half a year. Alternately, Americans living overseas already in Trinidad and Tobago could meet this qualification.

There is a separate US Embassy in Port of Spain, which will be the concluding site for adjudication/determination and issuance of an adopted child’s visa.

There are currently not any post-adoption reporting requirements for Trinidad and Tobago. A Family in Bloom Adoption’s follow up plans and individual US state regulations will apply during the transition period, after a newly adopted child enters the United States. 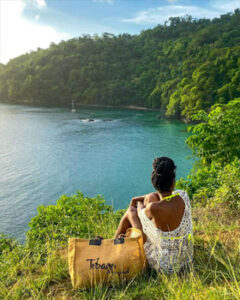 A Family in Bloom Adoption believes the best fit for international adoption from Trinidad and Tobago will be:

Children are the living messages we send to a time we will not see.
— John F. Kennedy

About Trinidad and Tobago

Trinidad and Tobago is the terminus of a great arc of islands through the Caribbean, which ends on the doorstep of Venezuela. On a clear day, the views from a southerly flight from the United States trace the islands shimmering in the sunlight, wave caps breaking in the water of all variegations of blue to green.

Modern-day Trinidad and Tobago multi-pluralistic society has its roots in the shifting European colonist countries and diverse immigrant communities. Similarly, the rich flora and fauna is due to the country’s crossroads with geographic proximity to three regions of Central American, South American and the Caribbean islands’ nature. This manifests particularly in the resulting number and variety of avian species. The country’s strong economy is based less on tourism than the lucrative areas of oil production and petrochemicals. The challenge remains of environmental protection for such a special place of biodiversity with its industrial development.

There is a strong soul for music, as the official birthplace of calypso and steelpan; Trinidad and Tobago is also known for its extravagant Carnival celebrations. Not to be outdone in the field of literature, two Nobel Prize winning authors are native sons VS Naipul and Derek Walcott.