The new adoption laws enacted in Uganda in 2016 resulted in a more challenging adoption milieu and process to navigate. One of the main challenges for American families is meeting the residency requirement of fostering child in Uganda. The fostering of a prospective adoptive child is supervised by the Probationary District for one year minimum before an adoption can be approved by the Ugandan authorities. The residency requirement however is not required for kinship adoptions. It can be waived by the Ugandan courts in special circumstances, such as serious medical issues or a second sibling adoption by the same adoptive parents.

A Family in Bloom Adoption has established working relationships with personnel and a network in Uganda to facilitate the adoption process from Uganda. This includes three practicing adoption attorneys. In-country support staff can be cobbled in as needed.

To meet a growing need, A Family in Bloom Adoption has begun conducting home studies for American families living in Uganda using our own agency’s social workers or qualified, pre-approved partner agencys.

We are still taking Ugandan adoption cases for American families that fall into the following categories: 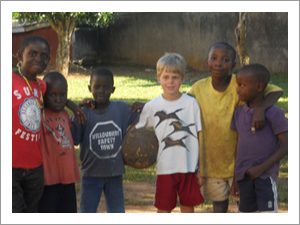 A combination of poverty and personal hardship stories underlies the international adoption of Ugandan children. It is frequently the case that orphanage children have lost parents due to maternal mortality and AIDS. Children reside in private orphanages established by individuals that often possess a strong moral compass and religious calling to make a difference in their communities. There is no governmental assistance to these homes, many of which struggle to find the resources to provide for the children in their care.

Children Available for Adoption:
Age range of 6 months to 14 years. Children of a young age are available for adoption from Uganda. Biologically unrelated children can also be adopted simultaneously.

Criteria for Adoptive Parents:
Married, heterosexual couples have the best chance of a match, but single women have also successfully adopted children from Uganda. Prospective adoptive parents must be at least 25 years of age and 21 years older than the adoptive child.

Financial:
A family should have a solid economy that can be demonstrated to the satisfaction of the Ugandan court with financial documents such as bank statements and home ownership.

Nothing you do for children is ever wasted.
— Garrison Keillor 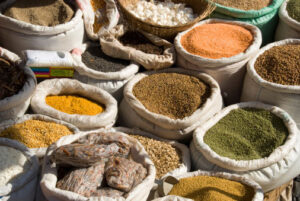 Once it is experienced, Uganda is a place that becomes special in many people’s hearts. The treasure lies too with the welcoming and engaging Ugandan people. Although life may be a challenge for many in Uganda, it is met by a resilient spirit, strong religious faith, and business acumen working towards a better life. Music and dance are important aspects of their culture.

The visual impact of Uganda is powerful as well. One is struck by the vibrancy of colors that awaken the senses, cascades of blossoms covering the trees, the potpourri of fruit at market stands and brightly patterned clothing.

The majority tribe in Uganda is the Buganda group, whose historical seat of power was in and around Uganda’s present capital city of Kampala. However, there are approximately 90 other tribes of varying sizes and with diverse customs spread throughout the country. A former British colony, the English language predominates for business and in the educational system. This facilitates communication for the American visitor. Uganda has made significant strides in the past decade, with the end result of developing into one of the strongest growth economies on the African continent. Coffee is the major export crop; followed by, in this order, tea, tobacco, and agricultural products. Roughly 85% of the population resides in rural areas and practice subsistence farming. The country is verdant and fertile, producing several harvests a year.